Leia o obituário no The Guardian

Consider: Whether you’re a human being, an insect, a microbe, or a stone, this verse is true.

All that you touch
You Change.

All that you Change
Changes you.

The only lasting truth
Is Change.

THE TRANSFORMATION OF SILENCE INTO LANGUAGE AND ACTION
Audre Lorde

I have come to believe over and over again that what is most important to me must be spoken, made verbal and shared, even at the risk of having it bruised or misunderstood. That the speaking profits me, beyond any other effect. I am standing here as a Black lesbian poet, and the meaning of all that waits upon the fact that I am still alive, and might not have been. Less than two months ago I was told by two doctors, one female and one male, that I would have to have breast surgery, and that there was a 60 to 80 percent chance that the tumor was malignant. Between that telling and the actual surgery, there was a three-week period of the agony of an involuntary reorganization of my entire life. The surgery was completed, and the growth was benign.

But within those three weeks, I was forced to look upon myself and my living with a harsh and urgent clarity that has left me still shaken but much stronger. This is a situation faced by many women, by some of you here today. Some of what I ex-perienced during that time has helped elucidate for me much of what I feel concerning the transformation of silence into language and action.

In becoming forcibly and essentially aware of my mortality, and of what I wished and wanted for my life, however short it might be, priorities and omissions became strongly etched in a merciless light, and what I most regretted were my silences. Of what had I ever been afraid? To question or to speak as I believed could have meant pain, or death. But we all hurt in so many different ways, all the time, and pain will either change or end. Death, on the other hand, is the final silence. And that might be coming quickly, now, without regard for whether I had ever spoken what needed to be said, or had only betrayed myself into small silences, while I planned someday to speak, or waited for someone else’s words. And I began to recognize a source of power within myself that comes from the knowledge that while it is most desirable not to be afraid, learning to put fear into a perspective gave me great strength.

The women who sustained me through that period were Black and white, old and young, lesbian, bisexual, and heterosexual, and we all shared a war against the tyrannies of silence. They all gave me a strength and concern without which I could not have survived intact. Within those weeks of acute fear came the knowledge – within the war we are all waging with the forces of death, subtle and otherwise, conscious or not – I am not only a casualty, I am also a warrior.

What are the words you do not yet have? What do you need to say? What are the tyrannies you swallow day by day and attempt to make your own, until you will sicken and die of them, still in silence? Perhaps for some of you here today, I am the face of one of your fears. Because I am woman, because I am Black, because I am lesbian, because I am myself – a Black woman warrior poet doing my work – come to ask you, are you doing yours?

And of course I am afraid, because the transformation of silence into language and action is an act of self-revelation, and that always seems fraught with danger. But my daughter, when I told her of our topic and my difficulty with it, said, “Tell them about how you’re never really a whole person if you remain silent, because there’s always that one little piece inside you that wants to be spoken out, and if you keep ignoring it, it gets madder and madder and hotter and hotter, and if you don’t speak it out one day it will just up and punch you in the mouth from the inside.”

In the cause of silence, each of us draws the face of her own fear – fear of contempt, of censure, or some judgment, or recognition, of challenge, of annihilation. But most of all, I think, we fear the visibility without which we cannot truly live. Within this country where racial difference creates a constant, if unspoken, distortion of vision, Black women have on one hand always been highly visible, and so, on the other hand, have been rendered invisible through the depersonalization of racism. Even within the women’s movement, we have had to fight, and still do, for that very visibility which also renders us most vulnerable, our Blackness. For to survive in the mouth of this dragon we call america, we have had to learn this first and most vital lesson – that we were never meant to survive. Not as human beings. And neither were most of you here today, Black or not. And that visibility which makes us most vulnerable is that which also is the source of our greatest strength. Because the machine will try to grind you into dust anyway, whether or not we speak. We can sit in our corners mute forever while our sisters and our selves are wasted, while our children are distorted and destroyed, while our earth is poisoned; we can sit in our safe corners mute as bottles, and we will still be no less afraid.

In my house this year we are celebrating the feast of Kwanza, the African-american festival of harvest which begins the day after Christmas and lasts for seven days. There are seven principles of Kwanza, one for each day. The first principle is Umoja, which means unity, the decision to strive for and maintain unity in self and community. The principle for yesterday, the sec-ond day, was Kujichagulia – self-determination – the decision to define ourselves, name ourselves, and speak for ourselves, instead of being defined and spoken for by others. Today is the third day of Kwanza, and the principle for today is Ujima – col-lective work and responsibility – the decision to build and maintain ourselves and our communities together and to recognize and solve our problems together.

For those of us who write, it is necessary to scrutinize not only the truth of what we speak, but the truth of that language by which we speak it. For others, it is to share and spread also those words that are meaningful to us. But primarily for us all, it is necessary to teach by living and speaking those truths which we believe and know beyond understanding. Because in this way alone we can survive, by taking part in a process of life that is creative and continuing, that is growth. 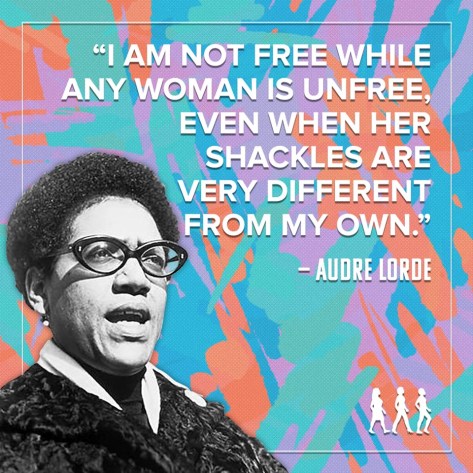 And where the words of women are crying to be heard, we must each of us recognize our responsibility to seek those words out, to read them and share them and examine them in their pertinence to our lives. That we not hide behind the mockeries of separations that have been imposed upon us and which so often we accept as our own. For instance, “I can’t possibly teach Black women’s writing – their experience is so different from mine.” Yet how many years have you spent teaching Plato and Shakespeare and Proust? Or another, “She’s a white woman and what could she possibly have to say to me?” Or, “She’s a lesbian, what would my husband say, or my chairman?” Or again, “This woman writes of her sons and I have no children.” And all the other endless ways in which we rob ourselves of ourselves and each other.

We can learn to work and speak when we are afraid in the same way we have learned to work and speak when we are tired. For we have been socialized to respect fear more than our own needs for language and definition, and while we wait in silence for that final luxury of fearlessness, the weight of that silence will choke us. The fact that we are here and that I speak these words is an at-tempt to break that silence and bridge some of those differences between us, for it is not difference which immobilizes us, but silence. And there are so many silences to be broken. 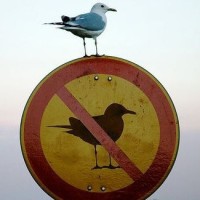 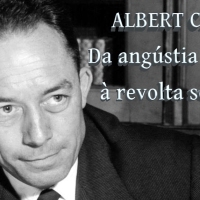 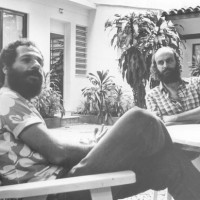 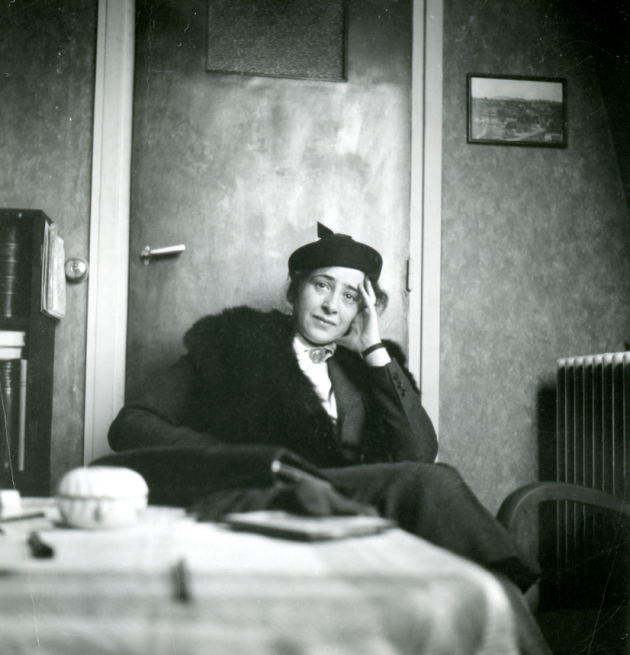 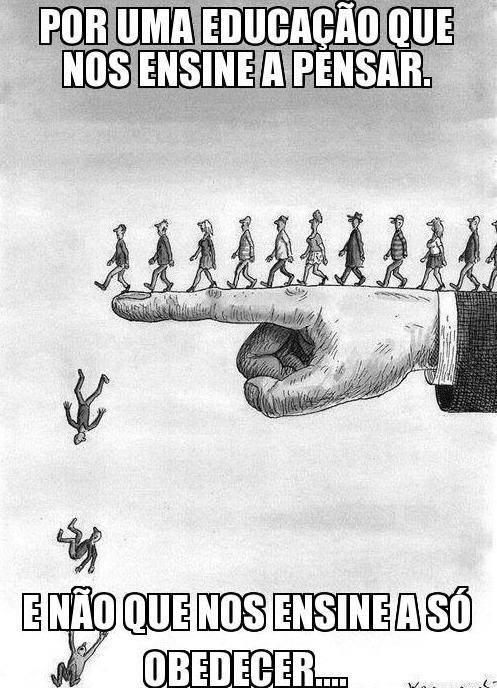 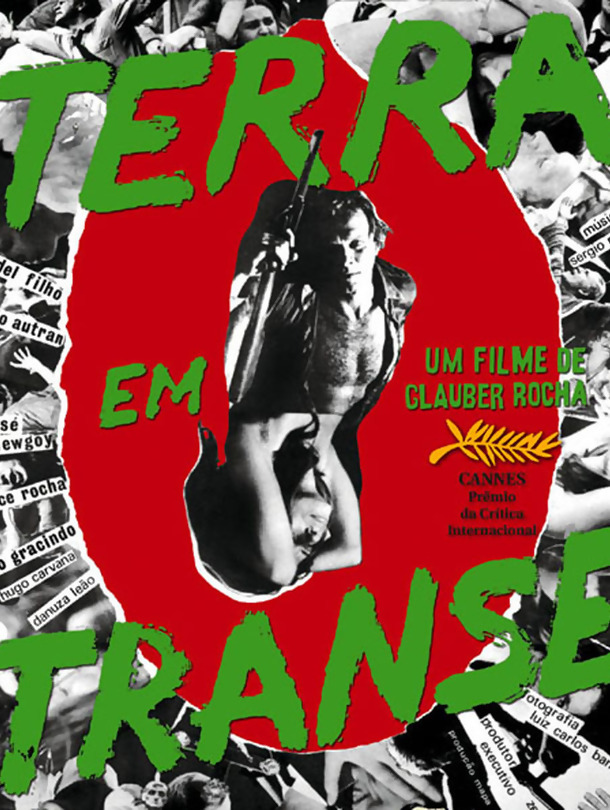 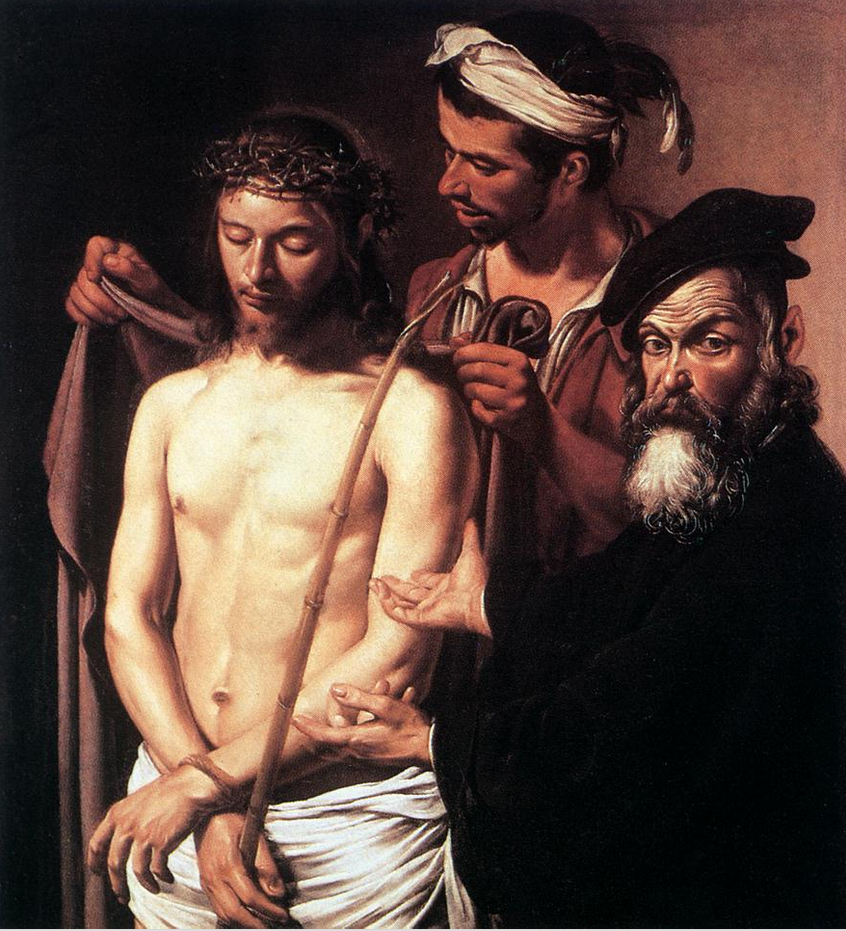 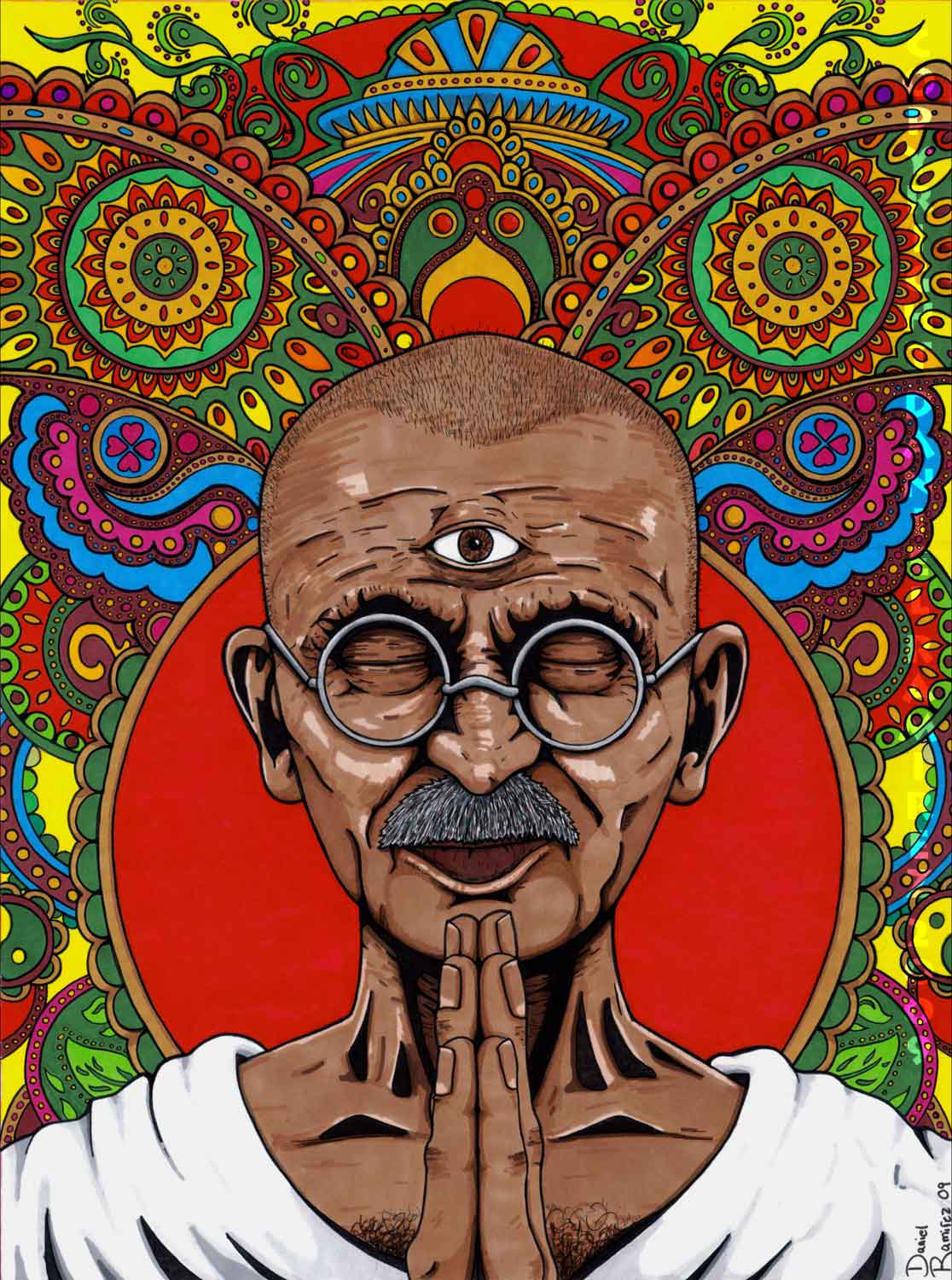 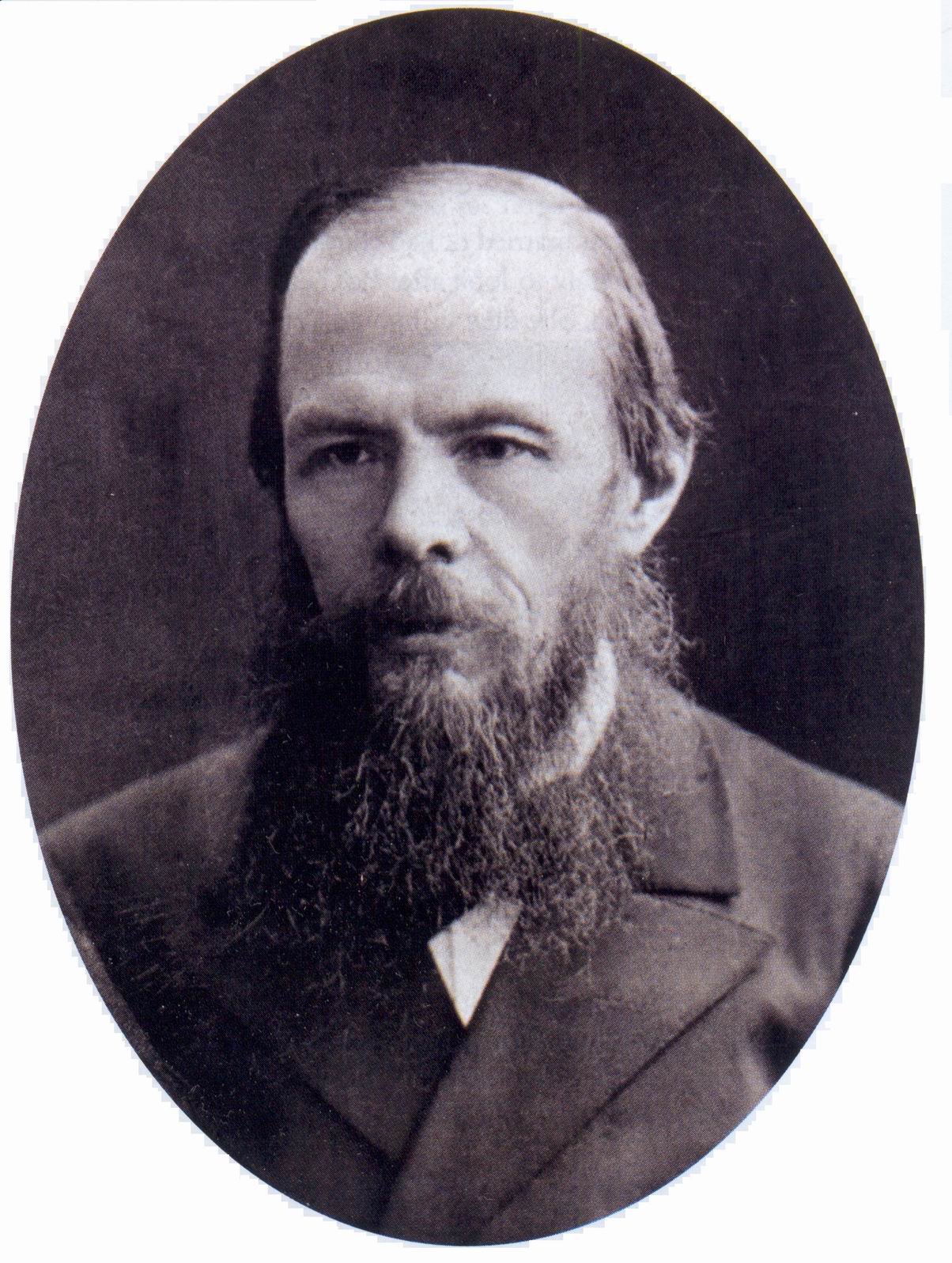 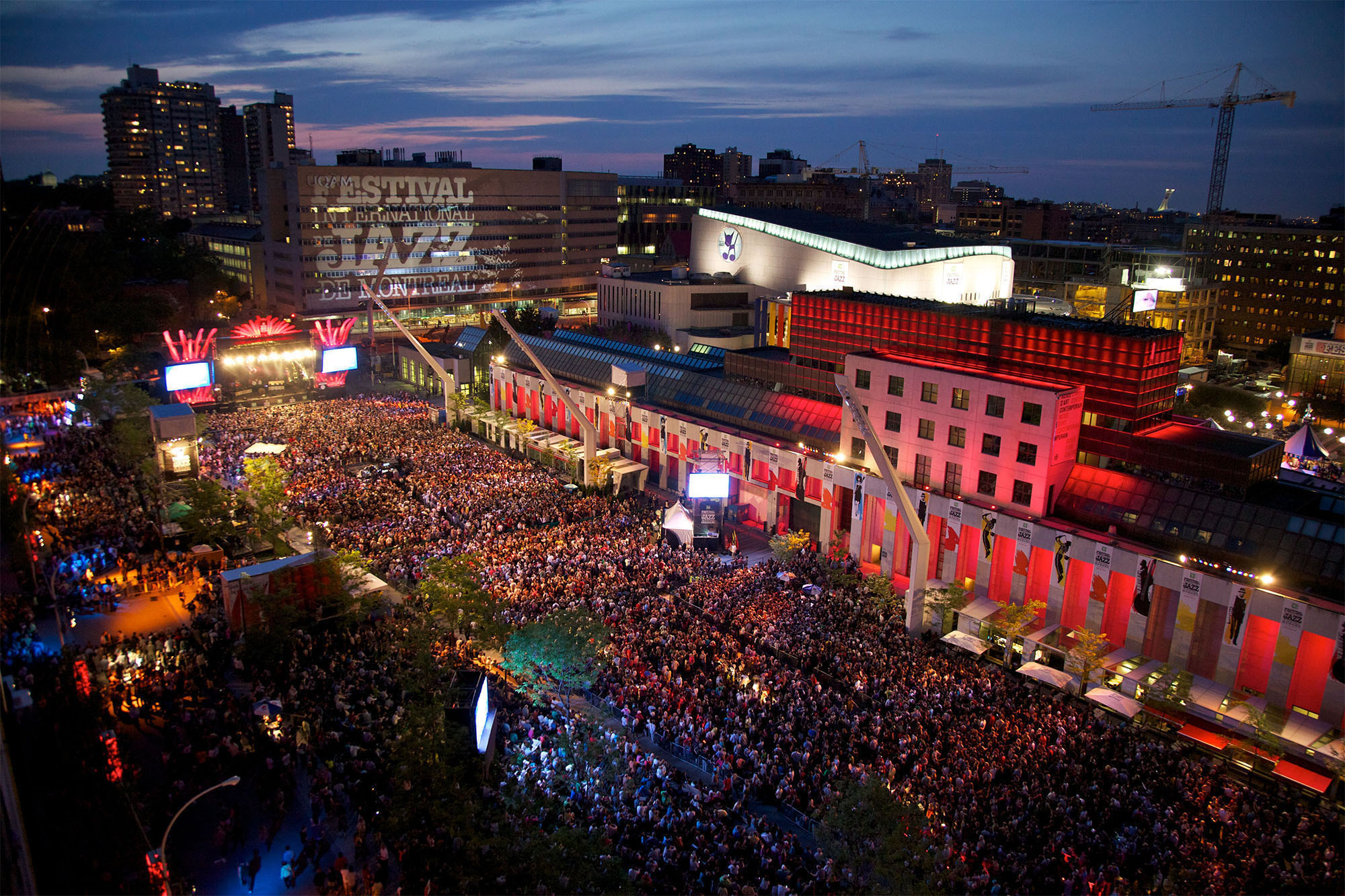 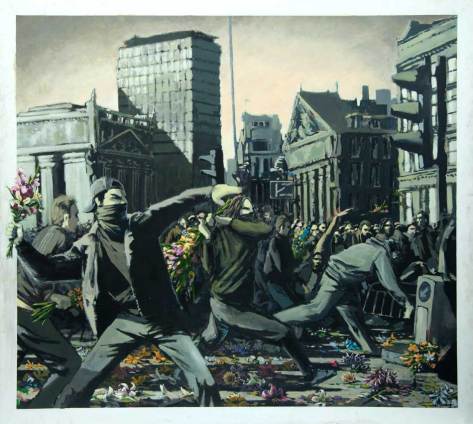 Because words are the lifeblood of the mind.

BEAUTY WILL SAVE THE WORLD
Sunshine on my mind
@Deus mercado

Code Me A River